Palos de la Frontera (Huelva) has been the scene of the new trials carried out on strawberry (Fortuna variety), in the 2019-20 season. We will tell you below the data and the conclusions that have been obtained.

The main objective of this trial was to identify the influence of the biostimulant ficosagro® in terms of early harvest and increased production in strawberries, Fortuna variety, and to compare it with ANOTHER biostimulant product made of competitive microorganisms composed of Azospirillum brasilense -which acts as a nitrogen fixative- and Pantoea dispersa – which acts as a phosphorus solubilizer-, two species that perform these two functions very well but, as we will see below, do not work directly on the fertilizer.

The test, carried out by a technical consulting engineer from Huelva, a specialist in berries, began between October 7 and 10, 2019, and has lasted for almost six months.

A farm in Palos de la Frontera (Huelva) was chosen and divided into two irrigation sectors for better management:

Characteristics of the land and fertilization

The pH of the land is about 7.5 and its texture is sandy. Irrigation water wavers between Ce 0.25-0.30 DS / cm².
Conventional fertilization has been used in the two plots; Crop management techniques as well as phytosanitary techniques have also been the same for the two treated areas.

These premises guarantee that neither of the two sectors may be harmed or benefited in terms of productivity.

The first conclusion we reached with this trial in strawberry (Fortuna) from Huelva, is that not all biostimulants of microorganisms exert the same influence on crops or have the same repercussions on the farmer’s profit.

ficosagro®, unlike the OTHER product of competitive microorganisms, is a microbial broth with a differential value in its composition, since it combines the regenerative properties of algae and those of microorganisms (tecnología BCB), two tools that work in the soil in a complementary way, providing the crop with its maximum productivity.

This kick of life is perceived above all in the early phase of the crop, when the farmer, in this case, obtains a greater profit from the sale of the fruit.

In the summary table that we present below, we see how the application of the biostimulant ficosagro® has managed to increase the total productivity over the OTHER biostimulant of microorganisms Azospirillum brasilense and Pantoea dispersed by 3.95% in the entire campaign, 28.1% in the first 10 weeks (early fruit sale phase).

Therefore, precocity and high productivity are associated with the application of the biostimulant ficosagro®, whose price per liter is, today, significantly lower than that of the OTHER biostimulant product of the competition.

compared to OTHER product

In general terms, we can affirm that microorganism-based biostimulants are a new, 100% eco-friendly tool at the service of conventional agriculture and that their presence in the traditional agrochemical market increases every day.

They have broken into this traditional market providing 100% ecological solutions that increase the productivity and health of our crops without the need to contaminate soils, aquifers, or the atmosphere.

Ficosterra was created with the firm intention to contribute to the change that agriculture needs, using the regenerative properties of algae as the main raw material with which it manufactures its fertilizers, biostimulants, and biofertilizers, a raw material that, in the case of the biostimulant Ficosagro, is enhanced by the action of microorganisms (Tecnlogía BCB) and this justifies its differential value compared to other competitive products.

Thus, having proven their effectiveness, their arrival in this market is to stay and grow, since there is no doubt that these are new tools that are increasingly valued and controlled by the new European policies. 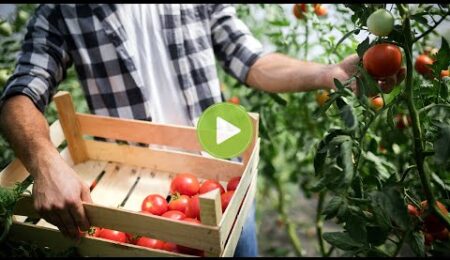